Due to COVID-19, we have no option but to move the Level Up 2020 “The Future of Business” conference to the end of 2021. We will lock in that exact date once the BC Health Authority allows large gatherings.

We hope and appreciate that you understand in these difficult times.

We have made deposits for speakers that are unwilling to return those amounts at this time and want us to reschedule to a later date when cross border travel is permitted and it is safe to host the event according to all COVID-19 BC Guidelines.

Again, the conference will be held and your seat is guaranteed for the future date. Consider your 2020 ticket a Forever Ticket, valid one time for any Level Up conference in the future to ensure you can make it.

We will also provide additional benefits in exchange for your patience in these difficult times. 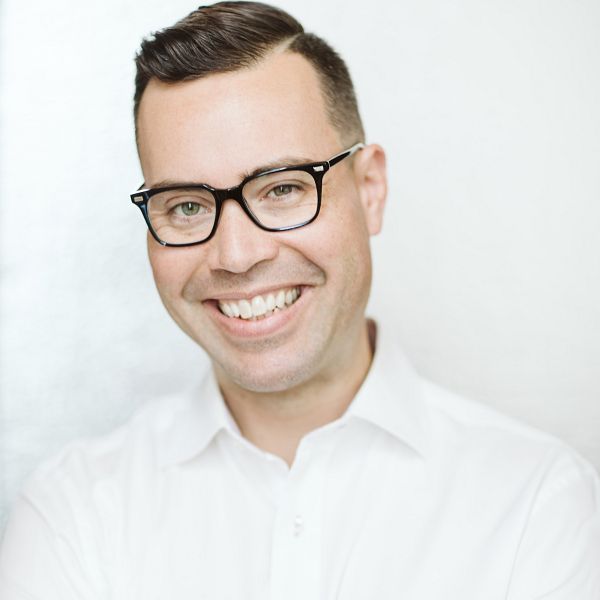 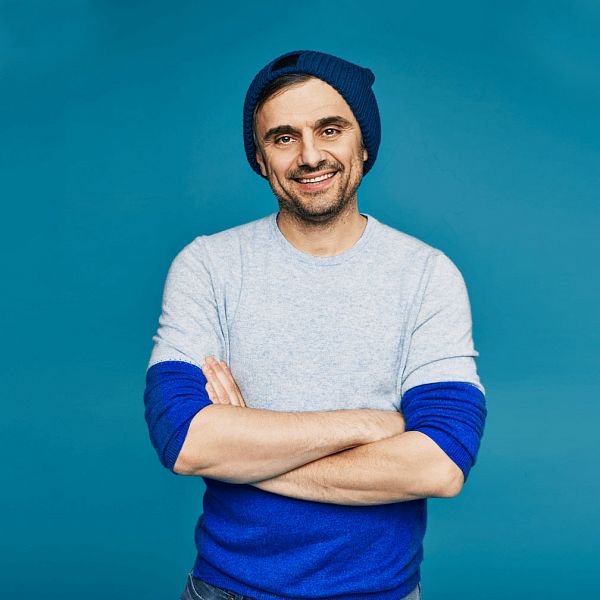 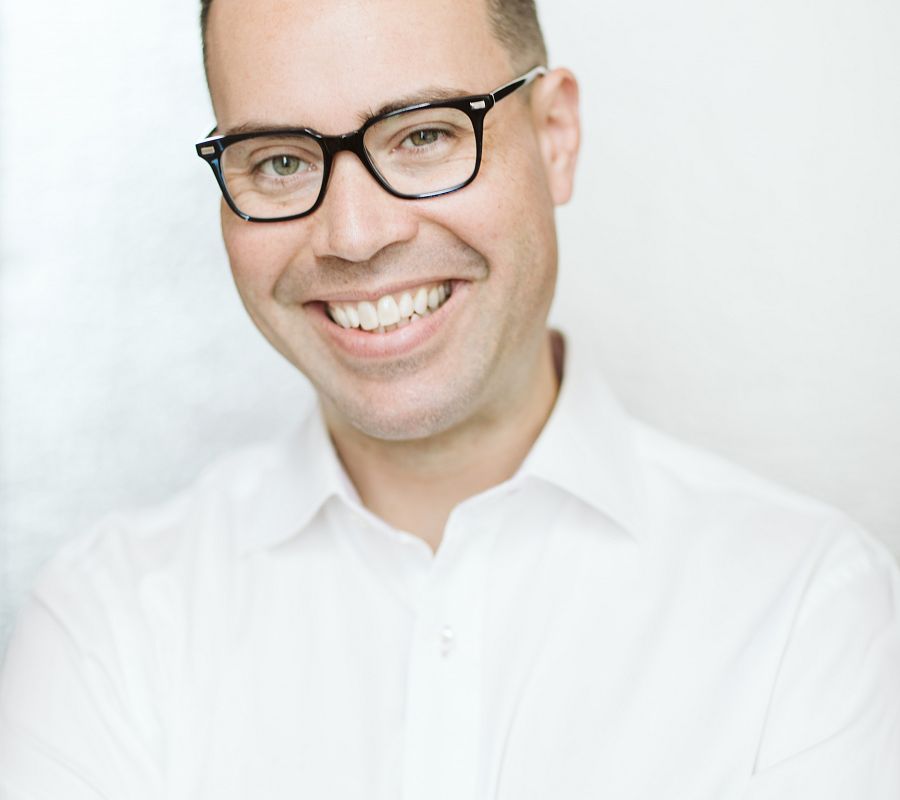 Wall Street attorney turned talk show host, Jordan Harbinger's podcast The Jordan Harbinger Show is one of the most popular podcasts in the world, with 12 straight years on the iTunes top 50 podcasts.

He has also worked for various governments and NGOs overseas, traveled through war zones, and been kidnapped -- twice. He’ll tell you the only reason he’s still alive and kicking is because of his ability to talk his way into (and out of) just about any type of situation.

Gary Vaynerchuk is a serial entrepreneur and the Chairman of VaynerX, a modern day communications parent company, as well as the CEO and Co-Founder of VaynerMedia, a full-service digital agency servicing Fortune 500 clients across the company’s 4 locations.

Gary rose to prominence in the late 90’s after establishing one of the first ecommerce wine sites, WineLibrary helping his father grow the family business from 4 to 60MM in sales.

Gary is also one of the most sought after public speakers alive today. He is a venture capitalist, 5-time New York Times bestselling author, and an early investor in companies such as Twitter, Tumblr, Venmo and Uber. Gary has been named to both Crain’s and Fortune’s 40 Under 40 lists.

Gary is also the host of a global top 10 business podcast, The Gary Vaynerchuk Audio Experience.

Amy Landino is a bestselling author and award-winning host of AmyTV. With over 20 million views through her successful YouTube series, Amy is the World’s #1 Productive Lifestyle Coach and a leading authority on getting digital attention.

A highly-sought after public speaker and co-owner at the modern media company, The Landino Group, Amy travels the world to teach businesses how to leverage digital tools to promote and maintain a positive image that uplifts and motivates their communities.

Amy is a life-long resident of Columbus, Ohio and an active member of the community, serving as a mayoral-appointed board member of the Central Ohio Transit Authority and formerly served as president of the Downtown Residents’ Association of Columbus. She and her husband Vincenzo Landino proudly reside and operate their businesses in the city’s urban core.

What people had to say

“The energy in the room was exhilarating and the audience was fully engaged in the learnings of the day. Speakers gave practical takeaways on how to improve as leaders and in business as well as inspiration to overcome fears and obstacles that hold us back. The event was truly above and beyond expectations. I can’t wait to see what next year brings!”

"After hearing the interesting, relevant, and entertaining speakers, we returned to our business with a renewed energy and focus, and look forward to making improvements in the last quarter of 2019 and into 2020."

"The Level Up event was enormously rewarding. We garnered critical business insights from each and every speaker, and to learn from Mr. John Chrétien and Stephen Harper was an experience of a lifetime!"

“It was a great experience to get valuable advice from respected leaders and learn what it means to be a good leader.”

"The Level Up Leadership Conference made a big promise in what some would call a small market, Kelowna. What they delivered was a world class conference beyond our expectations."

"It was a rich day for us - each speaker was engaging, our fellow attendees were great to connect with and we feel very blessed to have been part of that significant event and to take back nuggets of wisdom to our team and daily lives."

“It was the best leadership event I have ever attended! Hopefully, this was the foundational concept of what’s yet to come.”

"When I saw the All-Star line of international and local speakers in person and the crowd’s reaction to this diverse group, I knew Csek Creative and NowMedia hit a home run, making Kelowna a world class location for events like this, now, and in the future."

“Level Up was incredible! So many takeaways and so much to process from the day. We can only imagine the logistics and attention to every detail that went into creating such an event. It was clear how much dedication and thoughtfulness went into the day and it was hugely successful.”

— Monica and Jaclyn
Spaced for Living

“Level Up was an amazing experience for our team. The talent pool of the speakers was World Class! The amount of information that we are able to go back and develop our Junior Management team is overwhelming. Each speaker had something that resonated with every one of our 16 members that attended the conference.”

“You did all make history! The buzz was something I’ve never felt in Kelowna before.”

“RBC was thrilled to host 8 local Community youth leaders at the Level Up Leadership Conference to provide them a leadership experience that would motivate, inspire and enhance their skills as student leaders. The student’s feedback has been tremendous: ‘once in a lifetime experience’ as well as ‘I can’t wait to work on my “one thing”’. So many takeaways from the day and an exceptional opportunity to support our leaders of tomorrow.”

"The highlight for my son was meeting Jean Chrétien. It was also great for the local Entrepreneur’s Organization as we received quite a number of people interested."

"The LevelUp Conference was definitely a highlight for our staff and students. Every speaker was insightful, funny and above all, inspirational. The event was extremely well-run and a great addition to the Kelowna business community. I look forward to attending again next year!"

The conference is for anyone from a start-up enterpeneur (who is doing everything themselves) to a C-suite executive running an international company - elevate your business by learning from some of the best storytellers in the industry, understanding the future of technology in business and how to use it to benefit your organization.

What you should expect

Wherever you are in business, Level Up 2020 is all about brand storytelling, technology and innovation. This will be a jam-packed day of learning about the future of brands and understanding the future of technology in business. Get inspired by some of the most innovative ideas, advances and concepts on the horizon for your business.

Why you should attend

You can unsubscribe at any time, but we don't think you'll want to.